Increase productivity with iPad and apps 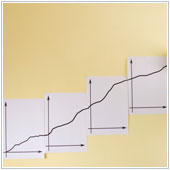 Many businesses are now starting to integrate tablets into their everyday dealings, and one of the more popular tablets is Apple’s iPad. One of the reasons people love it so much is because of the sheer amount of apps it can employ. Several of these can help users increase their productivity, and this is something that many businesses can benefit from.

Here’s some useful apps for the iPad that can help boost your productivity.

Document compatibility
It’s highly likely that your office uses a document production program that isn’t made by Apple – Microsoft Office. Using another program to create documents and then spending time formatting on your work computer isn’t a great productivity booster, but there are options.

If you do use Microsoft Office, the iPad supports Office documents through Apple’s iWork. Although iWork supports Office files, however, formatting and other elements, such as fonts, won’t normally transfer over. Naturally, this can be counter-productive.

While there will be a version of Microsoft Office heading to the iPad sometime in early 2013 (no set date yet), you’re probably better off purchasing an app like Documents to Go, which allows users to open, edit and create Office documents.

If you aren’t doing serious work on the iPad and just need it for mobile document production, you can avoid paying for an app and sign up for an outlook.com or Office 365 account instead. Doing so will give you access to cloud based versions of Word, PowerPoint, OneNote and Excel.

Not a Microsoft fan? Don’t despair! There’s also Google Drive. But it’s not 100% compatible with Microsoft Office, as many functions and formatting won’t transfer over properly. However, with solid word, spreadsheet and presentation programs, it’s a great option for Google users.

Notes
Because of the iPad’s size, it’s a perfect tool to take notes on. There are literally hundreds of different note apps available for the iPad, but while some are great, others lack functionality. One of the most consistent is Evernote. Evernote is available for nearly every system, so a note made on your iPad can be accessed on your computer, iPhone, Android Device or even BlackBerry.

Evernote really excels when you need to take simple notes. There’s also a number of excellent add-on apps like Penultimate – which allows you to take handwritten notes. This, of course, makes it a nearly all-in-one solution. And the best part is—the basic app is free.

Sharing files
When you are mobile with the iPad, you will no doubt need to share files with users. There are many different ways you can do this. The easiest way is to use an app like Dropbox or SugarSync, which allow you to upload files and share them when needed. While you can upload most programs or files, however, there are some you won’t be able to edit.

The way many of these work is quite simple. The app you put on your hard drive essentially becomes a folder. When you put files and other documents into this folder, they are automatically uploaded to the cloud, and allow you to access the files/folders from any device upon which you have installed.

There are, of course, many other apps out there that can help boost your productivity. Have you found some that you just can’t live without? Let us know.